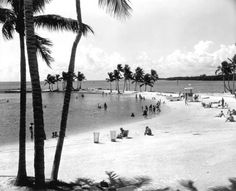 What is the difference between accent furniture and occasional furniture? Many people are unsure of this, but does it really matter and what makes an item ‘occasional’ or ‘accent?’ the terms are not truly definable, but can be explained by offering examples or by describing the function of each – so both ways are used here so that you can understand the relative terms when you hear them used.
Accent or Occasional Furniture Master Bedroom Trends 2019 – Does It Matter?
Does terminology really matter? Generally no, but it can do if people use the term to you in conversation or even when you are looking for new furniture for your home. However, in general terms it does not matter at all whether your table is described as an accent table or an occasional table.
In some cases occasional and accent furniture can be the same – but to say that, the definition of these terms must first be agreed. The term ‘accent’ should be easy to understand – just like an accent in language, furniture of this type should emphasize a certain style, such as a statue of the jackal-headed god Anubis in an Egyptian-themed room – a home accent need not be furniture!
Examples of Occasional Furniture
Coffee tables and end tables are examples of occasional furniture. There are alternative definitions for this type of furniture, Small Living Room Table Sets the two most common being furniture that is used ‘on an occasion,’ and furniture that is used only ‘occasionally.’
Each of these definitions is so broad, that they could practically be said to be fundamentally the same. The former definition would include coffee tables, used on the occasion of drinking coffee – or any other beverage or drink. It would also include all furniture used in a lounge used only when visitors arrive, or even in a spare guest room. Definitions are a poor way to describe furniture.
The second definition used ‘occasionally’ would refer to exactly the same furniture, but also include rockers, particularly the old-style hickory rockers that you might use occasionally when in the mood. You might occasionally use an ottoman to sit on if all the family arrived to visit. Quite frankly, definitions are needless when people know what occasional furniture is.
It is not a sofa or armchair, and is not a dining table or a bed. Fundamentally, occasional furniture comprises the minor pieces that support the principal items of furniture in a room. The tables mentioned above are two examples, as are other functional pieces such as the lift chair that is used only when an elderly relative visits or chest, nightstands and ottomans that are occasionally in use.
Examples of Accent Furniture
Often referred to as ‘accent pieces,’ accent furniture is used to add character to a room or to emphasize a theme – such as the Anubis statue mentioned earlier. A chess table used for decoration is accent furniture, as is a decorative small round table holding a vase of flowers or a reed diffuser. An accent piece is generally smaller in size than the main furniture in a room, and often has little practical use other than a decorative one.
A small table in an entrance hall is accent furniture, along with a chest in a hallway and a large free standing globe in a home office. It sets a theme or a mood, emphasizes a trend or even complements the purpose of a room such as an ornate oriental footstool in a living room.
These are definitions of accent furniture and occasional furniture in the eyes of many people, but if you asked any individual for their own definition they would either be unable to answer or would likely offer a different one.
You can use accent furniture to complement the decorative style of a room, and this type of home furniture is most commonly found in living rooms, dining rooms, bedrooms and hallways. It is rare in a kitchen, since most kitchen furniture is functional, and even rarer in bathrooms although large bathrooms can be enhanced by accent furniture in the form of free standing toiletry racks or carousels for lotions and decoratively colored bath salts.
Much occasional furniture is completely functional and used regularly, such as ottomans used with recliners and coffee tables that are in daily use. The terms are given, not to define the pieces, but to establish a compartment that separates such smaller items from the larger forms of furniture common to specific types of room such as the jewelry cabinet from the dresser and the end table from the sofa.
How you define the respective terms of occasional furniture and accent furniture is your choice – there is no rule, and in this case definitions do not really matter.

We are all aware of furniture and what it does to our lives and in our homes. It adds colour, comfort and joy to anyone home and has the capability to accentuate any existing style [Read More] [Read More]

Selecting the right furniture for your home may be a little challenging especially if you do not have an idea where to look and what to look for. Most people these days are either too [Read More]

The Best Furniture For Your Home Improvement Projects

Many homeowners shy away from doing home improvement to their homes because they immediately think of difficult and dirty things like working with sheet rock or saw dust, or they think that it will cost [Read More]