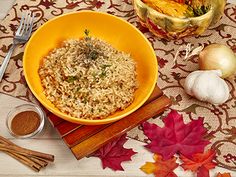 Obtaining buildings insurance if you want to buy a property where there is evidence of subsidence will be very difficult. A director of a Home Insurance company, claims that there are two options available, either you buy the property at a reduced price and pay for the relevant treatment yourself. But you will not be insured during this time and when you do go to buy insurance your premium will be a lot higher.

Or you buy the property at market value, but stipulate that the seller makes a claim against their existing insurance policy before they move house. As long as you have the agreement of the insurer, the work can be executed under their policy despite the fact that the property will have new ownership. However, an agreement must be drawn up that assigns the benefits of the claim to the new owner.

If you already own a dwelling suffering from subsidence, increasingly sophisticated technology can reverse the problem. Some home insurance companies provide their own DNA profiler to pin point particular trees causing subsidence. Hence where you have a row of similar trees, the offending one alone can be identified and action taken in isolation, which is much better than the draconian measures of felling all the trees. Indeed, in some cases, there may be no need to cut the tree down and pruning could be sufficient to ensure it extracts less water from the soil.
Exterior Home Designers Near Me
Underpinning is the most common remedy for a building that has already started to sink. This involves digging a hole around the area of the property that is affected and filling it with concrete.

If you need to make a claim in this situation, you will need to do so, on your buildings insurance. However, a policy will only pay up if the correct criteria are met, such as if subsidence started since you moved to the property. In principle, if subsidence was mentioned in the survey and relevant cover was organised at a premium, the insurance company should also still pay.

Your buildings insurance will cover you, however, if you did not disclose any existing subsidence in the initial application. And cover would be refused in the first place if subsidence has been flagged as a significant problem on your survey.

There is, of course an excess to pay, even with successful claims and this varies between insurers and even geographical areas. The standard 1000 pounds excess charged by some insurers, for example, doubles in certain postcodes. Your insurance premiums will not increase after claiming for subsidence, but losing a no claims bonus might have the same result on your wallet.

Damage to garden walls will not be covered by insurers since they are not usually built on solid structures. The same conditions also apply to paths and driveways.

Homeowners should also be aware that there are some grey areas – what insurers consider as “normal ground movement”, for example, which are excluded from the claim.

Finally, the policy will not cover “defective design and construction” of the property, but this is very rare according to a Director of Black Garage Door Ideas a large insurance company. “If the insurance application is accurate, an insurer should know what they are covering – warts and all.”

Insurance against subsidence can seem to have as many pitfalls as the problem itself. But without it, the homeowner can face costs of around 20,000 pounds or more. Say the company spokesman. “That’s why most people hear the word subsidence and run a mile.”

READ  Curtains Tells Who You Are